Like my work? Arrange a meeting with me at my office, I'll be happy to work with you!
work@kalium.com

Like our work? Arrange a meeting with us at our office, We'll be happy to work with you!

We are always looking for new talents and we were expecting you. Time to apply, buddy! 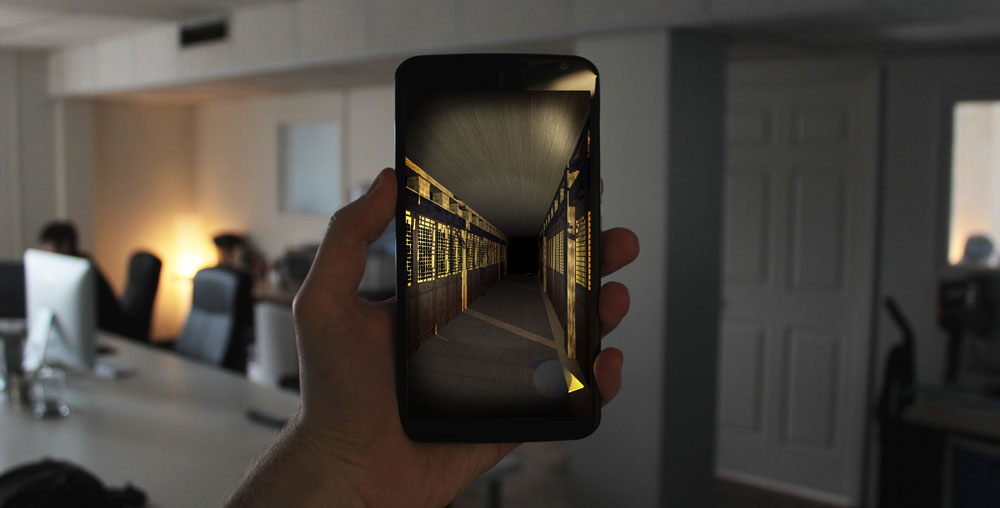 Follow this tutorial to learn how to export to Android.

In order to make a mobile game, everything but the bare basics must be stripped away. Mobile developers are limited in the processing, graphics, and screen space of the game. Therefore, the task of creating a good-looking and smooth-running game becomes quite a challenge for those unfamiliar with the “nitty-gritty” of game engines. For instance, we’re looking at kilobytes instead of megabytes for textures, little to no post-processing effects(motion blur, color correction, etc.), and overly-simplified physics for starters.

Here are some tips/tricks to create your own mobile game.

Setting Up the Player Object

A simple player object consists of a camera, a physics collider, and a light source (for a flashlight).

To play the game, the player needs to move and look around. In the example, I use an onscreen joystick and the device’s accelerometer to move the player and the camera.

The camera movement is controlled by this JavaScript script that reads the accelerometer data of the device and rotates/tilts the camera accordingly. This script also works for VR(Oculus, Cardboard, Gear, etc.).

Change the clipping plane property of the camera so that the far value is as small as possible. This decreases how far the camera renders at any given moment. An easy way to hide this effect is to add fog to blend the clipping to black. (I’m using radial fog—not the built-in distance based one.)

Change the build settings of your project to look like the following screenshot for a smooth running game. Most of these settings should only be used if you know what you’re doing.

Several simple and reusable scripts are utilized on a plane with a box collider set to “Is trigger” throughout the game.

And that’s it; plug your phone in, click Build and Run and watch it start up on your device. If you feel like I should add more on a specific section or if you know of any other good resources for creating and learning Unity quickly, feel free to comment.